Located at the foothills of the Himalayas in Uttarakhand

Located at the foothills of the Himalayas in Uttarakhand is one of India’s best tiger spotting areas, Jim Corbett National Park. For those who are look for a tryst with nature and adventure, this is the perfect place to plan a holiday. Not just for wildlife enthusiasts but for just about anyone, this is truly one of the most exciting places to visit.

Jim Corbett National park is known to be the home of the Royal Bengal Tiger. Besides that, you can expect to come across several species of animals like bears, spotted deer, sambhar deer, monkeys and leopards. This is a bird watcher’s paradise with several species like shrikes, serpent eagles and winged kites visiting them each year.

Today after addition of areas into the originally declared National Park, the total area of Tiger Reserve extends 1288.31 sq. kms spreading over three districts of Uttarakhand viz., Pauri, Nainital and Almora. Corbett National Park covers an area of 521 sq. km and together with the neighboring Sonanadi Wildlife Sanctuary and Reserve Forest areas, forms the Corbett Tiger Reserve. Geographically it is located between the Shiwalik Himalayas and the terai. The streams, rivers and ridges crisscrossing the terrain, present Corbett with a remarkable variety of landscapes. This vivid mosaic of habitats wet and dry, plain and mountainous, gentle and rugged, forests and grasslands supports numerous plant and animal species, representing Himalayan as well as plains ecosystem. The most famous of Corbett’s wild residents are the Royal Bengal Tiger and the Asiatic Elephant. In addition to that with over 550 species of avifauna Corbett is one of the richest bird regions of the Country and has been declared as an ‘Important Bird Area’ (IBA) by Birdlife International.

Passing through several years it has received several names on its behalf. Originally named as “Hailey National Park “ in 1936 , it soon went through a name change in 1954 and was named as Ramganga National park but again it was reformed with its present name in the year 1955.The name was given after the famous conservationist, who had been important in forming the National Park in the correct way. It is also a significant factor that this particular National Park is the first national park of India established in the Indian state of Uttarkhand. Project Tiger was inaurgated in this national park in the year 1973.

If you plan for an adventure trip in jim corbett national park, Just drop a message to us, and we will contact you to provide complete details about plans, price and offers of Jim Corbett Safari.

We provide complete package including lodging, conveyance, safri and camps. 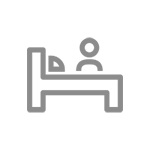 We provide wide range of hotel stay including 3 to 5 stars as per the budget mentioned by the tourists. 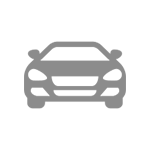 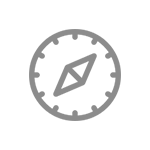 We arrange jungle safari in Jim Corbett National park in Gypsy and Elephant rides. Entry permit, local guide, driver, and vehicle are included in the Safari. Local sightseeing: We provide vehicle with driver and local guide for within 50 kms range of the stay. 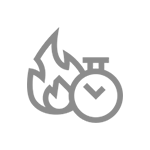 Jim Corbett Uttarakhand is a prominent name of Travel Agency